Message Sent
Thank you for your inquiry. We will respond to you as soon as possible.

Create a
Lasting Legacy
With Your Gift

Let us help you tailor your charitable gift to your financial, tax or estate planning objectives 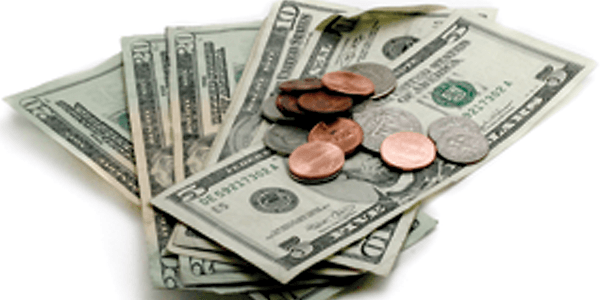 The company revealed sales of $33.90 billion for the first quarter. This was an increase of 7.6% from sales of $31.43 billion during the same quarter last year.

"First quarter results exceeded our expectations, with a very encouraging performance across all our business segments," said Walgreen's CEO, Rosalind Brewer. "The strong start to the fiscal year reinforces our confidence in the future, and as a result, we are raising our guidance for the full year and increasing investments in our people. Looking ahead, we are well positioned for sustainable, long-term value creation."

The company's retail same-store sales rose 10.6% compared to the same time last year which accounted for the largest increase in more than 20 years. Pandemic-related items such as at-home COVID-19 tests and cold and flu medication boosted retail sales. The company administered 15.6 million COVID-19 vaccines during the first quarter, an increase from 13.5 million shots the previous quarter. Domestic pharmacy sales increased 6.8% in the quarter, with prescriptions filled increasing by 6.2%, with much of that growth coming from COVID-19 vaccines.

The company's net sales for the first quarter totaled $134.7 million. This was up 8% from sales of $124.6 million during the same quarter last year.

"This is a different game that we're playing and we are using a different playbook," said WD-40 Company CEO, Garry Ridge. "We expect the operating environment to remain volatile and so we are proactively increasing the capacity and resiliency of our supply chain in many of our markets. In addition, in order to navigate the challenging inflationary environment, we are taking the necessary actions to restore our gross margins to historic levels. We're confident that our plans to rebuild margin, when coupled with the advancement of our Must-Win Battles, will enable us to deliver on both our long-term margin and revenue goals."

The company's Americas segment increased by 4% in net sales for the quarter. This increase was attributed to higher sales of maintenance products. The EMEA segment, which consists of Europe, the Middle East, Africa and India, increased sales 5% year-over-year. Sales in the Asia-Pacific segment grew 34% from the same quarter last year due to easing of COVID-19 lockdown measures in the region.


Bed Bath & Beyond Inc. (BBBY) announced quarterly earnings on Thursday, January 6. The home goods retailer's shares rose 7% after the release of the report.

Revenue for the third quarter reached $1.88 billion. This is down from $2.62 billion reported during the same quarter last year and is less than the $1.95 billion in revenue that analysts expected.

"Overall sales were pressured despite customer demand due to the lack of availability with replenishment inventory and supply chain stresses that had an estimated $100 million, or mid-single digit, impact on the quarter and an even higher impact in December," said Bed Bath and Beyond CEO, Mark Tritton. "As we prepare for 2022, we look forward to operating in a normalized environment with a base of business upon which to grow."

Bed Bath & Beyond noted that its third quarter results were significantly affected by continued supply chain issues. The lack of inventory caused an estimated $100 million impact on the quarter's results. As a result, same-store sales decreased 10%. In response, Bed Bath & Beyond CEO, Mark Tritton announced a plan to revamp stores, add private label products and shut down underperforming locations.

U.S. Treasury yields rose throughout the week after the Federal Reserve conducted its December policy meeting and rising inflation levels. Yields continued to rise on Friday as unemployment levels continued to fall.

On Wednesday, the minutes from the Federal Reserve's December policy meeting were released. The minutes revealed that the central bank had commenced with its plans to begin reducing the number of bonds that it currently holds.

"One aspect of the selloff which speaks to the sustainability of the progress toward higher yields is that the move has been in real rates," said BMO's head of U.S. rates, Ian Lyngen. "This is consistent with the FOMC Minutes reinforcing the Committee's hawkishness and reflects investors' renewed faith in the Fed's ability and willingness to combat the amount of inflation presently in the system."

"Mortgage rates increased during the first week of 2022 to the highest level since May 2020 and are more than half a percent higher than January 2021," said Freddie Mac's Chief Economist, Sam Khater. "With higher inflation, promising economic growth and a tight labor market, we expect rates will continue to rise. The impact of higher rates on purchase demand remains modest so far given the current first-time homebuyer growth."

Let us help you with your gift plans